History of the EPC 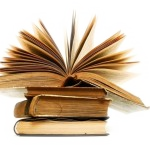 The Evangelical Presbyterian Church had its beginning in the Reformation under John Calvin in Switzerland during the 1500’s and its advancement under John Knox in Scotland during the same era. Even so, this particular wing of the Reformation has roots extending back to Bernard of Clairvaux of the 12th Century and Augustine of the 4th century. After the Reformation, its seed continued to grow during the mid-1600s with the shaping of the Westminster Confession of Faith. Our spiritual ancestors came to North America during the middle 17th century with such leaders as Francis Makemie, Jonathan Dickinson, and William Tennent. A century later, Jonathan Edwards triggered a spiritual awakening in New England and became a link in our historical chain. In short, the story of Presbyterianism is the story of the EPC.

Presbyterians come in many varieties with new branches being formed in every generation. The EPC began in the fall of 1980 and spring of 1981 when a group of pastors and elders held meetings in St. Louis, Missouri for planning and prayer. They came from mainline Presbyterian denominations like the United Presbyterian (northern churches) and the Presbyterian Church in the United States (southern churches). These leaders had become increasingly distressed by liberalism within their denominations. They wanted to form a church that took seriously the words of Scripture, the theology of the historic confessions of the faith, and the evangelical fervor of Presbyterian founders. They envisioned a denomination that was truly evangelical and truly Presbyterian; hence the name.

Six months later, the first General Assembly of the Evangelical Presbyterian Church met at Ward Presbyterian Church near Detroit, Michigan. To ensure that the ideals of faith would remain foundational to the new denomination, the Assembly drafted an intentionally brief list of essential beliefs. The Essentials of Our Faith define a church that is Presbyterian in theology and church government, as well as evangelical in sharing the good news of salvation through Jesus Christ.

Even though the founders of the EPC valued purity of faith, they wisely saw the danger of division over non-essential issues. To protect the new denomination from needless strife, the founders promoted an understanding of freedom in which less essential matters were left to the conscience of individual churches and believers. This understanding included such matters as the freedom of a local church to elect its own officers, to exercise spiritual gifts, and to own and keep property. So EPC churches study the Scripture and make their own decisions about issues like worship style and the ordination of women. At regional and national meetings, church leaders take for granted that they will work and worship with other leaders who differ with them on these and other non-essential matters.

In All Things, Charity: Truth in Love

The final statement of our motto speaks of love. We are fellow pilgrims, walking together with our Lord. We have, individually, received his charity toward us, so we extend that charity to each other. We speak the truth to define our faith and to extend it to others. But we speak it out of love for our brothers and sisters, and for our Savior.

A Present and Future Hope

In 1981, the 1st General Assembly convened with 75 delegates representing 12 churches. When the Second General Assembly met nine months later, more than 120 elders and ministers registered as commissioners. Before the decade of the 80’s ended, an impressive growth in member congregations took place. Churches in Argentina formed a presbytery and joined us in 1987. In 2004, they were released as a national church.  By the mid-90’s, 56 missionaries represented the EPC throughout the world. Because we believe that God uses a variety of ways to draw people to himself, many of these missionaries serve through missions agencies other than our own with EPC support. Our global mission plan focuses on planting, developing, and nurturing the Church.

We believe that God created the Evangelical Presbyterian Church to be a significant part of his plan for the renewal of believers and for witness to those outside the faith. It is our conviction that, like the ancient Queen Esther, God has brought us together for such a time as this.

Today, the EPC has over 145,000 active members in more than 500 congregations with approximately 90 missionaries serving in roughly 20 different countries.